On the Sixth Day of Christmas - we celebrate St. Anysius (and others).

Saint Anysius was a Martyr of Greece. She was a wealthy woman of Salonika, in Thessaly, who used her personal funds to aid the poor. A soldier accosted her in the street and tried to drag her to a pagan sacrifice. Anysius resisted and was killed when the soldier attacked her with his sword. 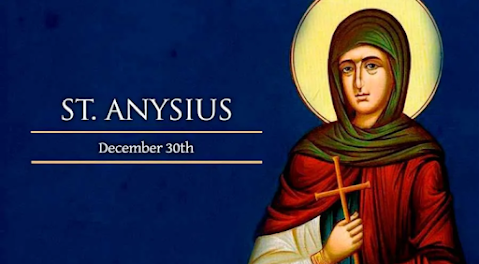 In the song, the 6 geese a-laying refers to the six days of creation and is also symbolic of new life.