I stopped doing this for a while because my previous instructor stopped posting a Scripture of the Week, my current one, my Chair, has been very regular so I hope to continue this again.

Verse: I know your deeds, your love and faith, your service and perseverance, and that you are now doing more than you did at first (Revelation 2:2, New International Version)

Translation: Our love and grace will continue to grow through hard work.

Application: We may continue to lean on Him throughout the hurdles or challenges that the dissertation journey brings.

I must say when I read a verse like that the apologist in me jumps up! Not only does love and grace increase, but so does faith! So many times anti-Catholic "apologists" (a contradiction in terms, in my humble opinion) attack Catholics with the "faith alone" argument, then I have to respond with "saving faith is never alone" and if they would take a closer look at the verses they point to it is "works of the law" that scripture condemns as unable to save you. Many more modern non-Catholics, starting with Martin Luther and more precisely stated by John Calvin make the statement "One is justified by faith alone, but not by a faith which is alone" (Bauer, 2015). From someone else in that same article/response who goes by "Mr. Toodle-Ood," several other quotes and citations are made, including one from a Mr. James Swan, whom I have had many direct debates with - and also whom I would concur is a genuine authority on quotes from Martin Luther. For one such response to Swan on this very topic, I wrote a blog article (Windsor, 2016). Perhaps the chief argument I have with the statement "faith alone justifies, but not a faith that is alone" is that it is a contradiction of terms or double-speak. However, I believe the bottom line here is that non-Catholics, especially anti-Catholics, get stuck in a mantra and end up talking past Catholics and not engaging what is actually said. At one point I believe I too engaged in that sort of "debate" - but in recent years it has been my goal to hear what they have to say, and then if I can, point out the flaws in the arguments so that we can continue a dialog and learn and grow from each other.

Bauer, S. (2015). Is Luther really the originator of “We are saved by faith alone, but the faith that saves is never alone”? Stack Exchange: Christianity. https://christianity.stackexchange.com/questions/42366/is-luther-really-the-originator-of-we-are-saved-by-faith-alone-but-the-faith-t

Pope Francis, on July 16, 2021, issued Moto Proprio traditionis custodes, (Custodian of Tradition) and in it he abrogates "previous norms, instructions, permissions, and customs that do not conform to the provisions of the present Moto Proprio." So, does that mean that the extraordinary rite is abrogated? No, it does not! The current Moto Proprio allows for the extraordinary rite BUT - newly ordained priests who have been ordained after this date should (not must) submit a request to the local ordinary (diocesan bishop) who shall consult the Apostolic See (the Pope) before granting this authorization (Art. 4). Priests who already celebrate according to the 1962 missal again "should" (not must) "request from the diocesan bishop the authorization to continue to enjoy this faculty."

What Does This Mean to SSPX?

In reality, not much. One of the things SSPX feared was precisely what Pope Francis has just done and thus "normalization" has not yet happened. Pope Francis is, most certainly, attempting to dissuade and end "the Mass for all time" as it was called by Pope Pius V, under whom the so-called Tridentine Rite was codified. That Mass which was codified under Pope Pius V had existed since the time of the Apostles, but some variants had worked their way in through the centuries and Modernism was having its effect on the Mass - so it was codified in such a way that novel additions or changes would be prohibited. Back to the question, since SSPX has been celebrating the "extraordinary rite" since the society was canonically founded back in November of 1970 when the decree of erection of the Society was approved by Bishop Charriere of Lausanne, Geneva and Fribourg. Though this was a six year experiment, it was never abrogated and as testified by recent talks between Popes Benedict XVI and Francis, their organization is recognized - but their status remains "irregular."

What Does This Mean to FSSP?

Well, maybe nothing - maybe everything? FSSP is at the mercy of the local ordinary (diocesan bishop) and thus if said bishop decides they need to cease practicing in their diocese, FSSP is obliged to do so. To the possible advantage of FSSP, they would not enter a diocese without the bishop's explicit permission so where ever they exist, they do so under the blessing of that local bishop - unless he has a change of heart.

Only time will tell as to how much effect this latest Moto Proprio will have on the celebration of the Traditional Latin Mass.

Scandals and The Catholic Church 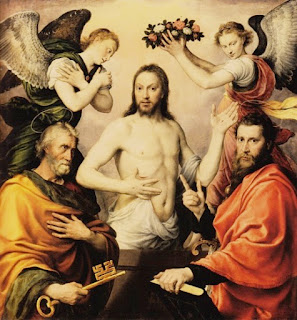 Last week, June 29th, was the Feast of Sts. Peter and Paul and in the sermon for last Sunday we were reminded about the nature of the Church. Jesus Christ founded His Church to be the guide for us, but more importantly to be the dispenser of grace from Him. That is the nature of the Church! We need to not be so focused on the scandals which the secular media keep bringing up, as well as those who are haters of the Church - including Satan. Satan rejoices when he can draw our attention away from Jesus Christ, His Church and the Sacraments. The more we sow discord, the more we are doing the work of Satan. Our focus needs to be on what nourishes our souls and that which builds up His Church, not rips it apart.

Now, does that mean we just turn a blind eye to those who have been criminal in the Church? By no means, but those who have done wrong need to be turned over to the civil authorities and let the chips fall where they may. Do your duty and move on, it is not our duty to be inquisitors and go out looking for trouble. It is also not our duty to stand on the street corners and hold up signs. Sure, it lets everyone know you care - but it is also rekindling the flames of discord that many non-Catholics love to stir up - and again - Satan loves to see disharmony among God's people. Ask yourself, "Whom do I serve?"

Bring your focus back to the Eucharist, the Mystery of Faith, the Mass, Confession, and all the Sacraments. Look to Christ for His Grace and BE the example of Christ to others. 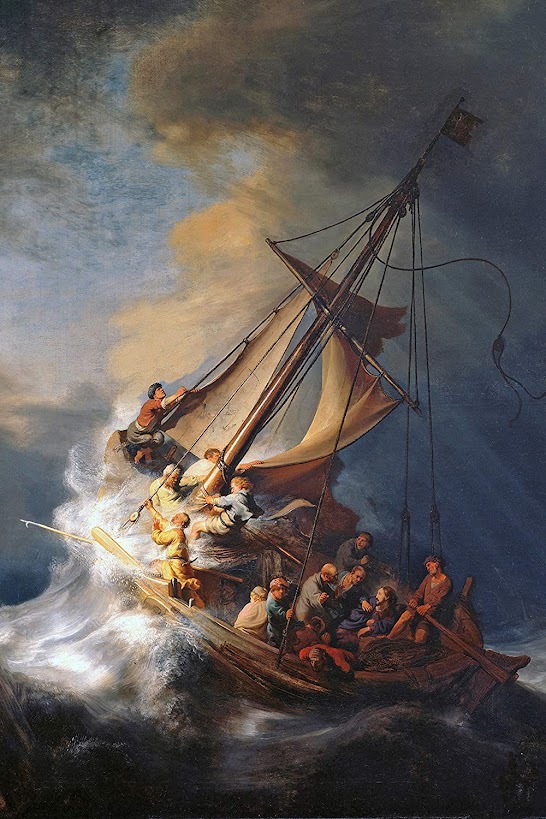 Such a learning tool! Note that those in the front of the boat are focused on the storm and worried for the boat to come apart - but those in the back of the boat are focused on Christ. They are still worried, but their trust is in the Lord to get them through this - and He does. The lighting of this painting is interesting too, those being more illuminated, even attention brought to them, are not those focused on Christ. The back side of the boat is in darkness, but Jesus is the Light, and His face is the Light in that darkness. When Jesus awakes, He scolds the Apostles - "Oh ye of little faith!"

When our ship is rocked by the storm of scandals - remember Who is in control - and do not lose faith.

The dissertation process, which all my coursework up till now has been building toward, takes the next step, next week as I being the 900 level courses which are all about the dissertation. I have my committee in place (Chair, Content Expert, and Methodologist) so now we embark upon the finalization of the prospectus, proposal, research, and the writing of the report (the dissertation itself).

I am completing my final 800 level course this week, which was a little out of order. I am in PSY-827, which should have preceded PSY-855 (where you get your committee assembled), and this was unknown to me (that it was misordered) until I was finished with 855. So, I had to take a break from my newly assembled committee and do one more course of "regular coursework" prior to jumping back into my dissertation courses. In the picture (above) by Mario Zucca, I have been on the Island of Isolation, of sorts, being disconnected from the committee, but again - that changes next week (July 8th, 2021, to be precise).

If all goes well, the process should be over by late December 2021 or perhaps by February 2022.

I will keep any interested readers posted as to how the process is going. Stay tuned!