Einstein on the Church 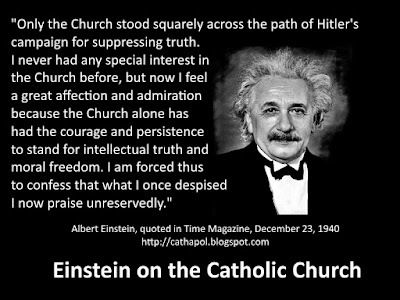 Did Einstein say that?  Well, I have confirmed the quote from the December 23, 1940 Time Magazine Vault, and it does indeed quote Albert Einstein as saying:

"Only the Church stood squarely across the path of Hitler's campaign for suppressing truth. I never had any special interest in the Church before, but now I feel a great affection and admiration because the Church alone has had the courage and persistence to stand for intellectual truth and moral freedom. I am forced thus to confess that what I once despised I now praise unreservedly." 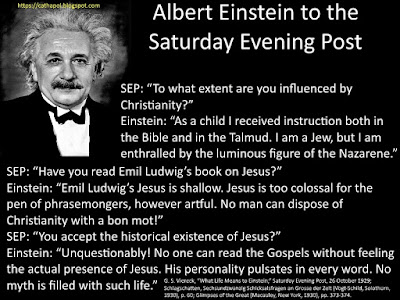 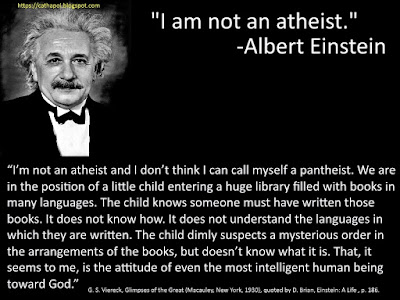 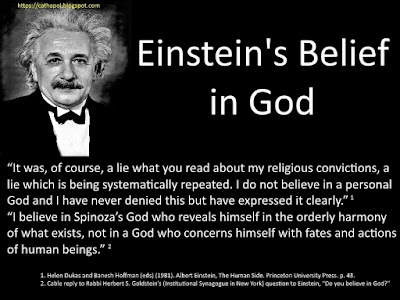 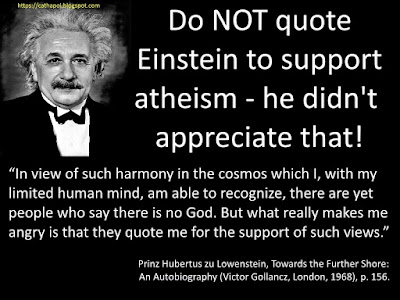 ”My position concerning God is that of an agnostic. I am convinced that a vivid consciousness of the primary importance of moral principles for the betterment and ennoblement of life does not need the idea of a law-giver, especially a law-giver who works on the basis of reward and punishment.” (Albert Einstein in a letter to M. Berkowitz, October 25, 1950; Einstein Archive 59–215; from Alice Calaprice, ed., The New Quotable Einstein, Princeton, New Jersey: Princeton University Press, 2005, p. 206. ) 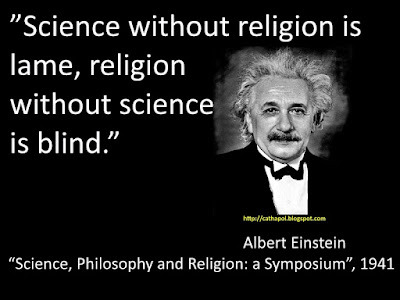 I wish to thank "Short Little Rebel" from where I gleaned most of the above quotes. 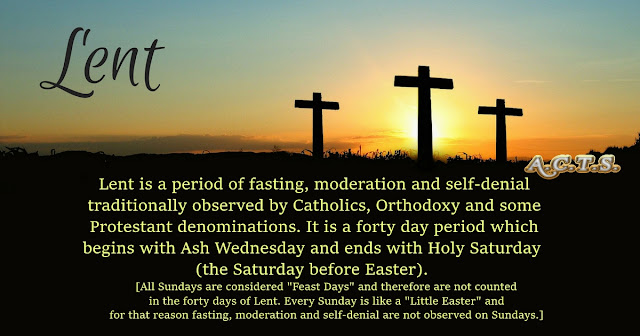 Why do Catholics, and others, observe the Season of Lent?

It is for multiple reasons, here are a few:
1) Jesus spent 40 days and 40 nights in fasting and prayer in the desert before he began His public ministry.
2) It is a time for us to call into remembrance what Jesus did for us, especially His Passion, Death and Resurrection.
3) For many, it is a time of spiritual renewal - a "recharge" every year to help us keep Jesus Christ in the forefront of our thoughts and actions throughout the year - not just during Lent.


Why do we "give up something" for Lent?

In some small way, what we "give up" is a small sacrifice by which we unite ourselves to the Sacrifice of Christ on the Cross. Whenever we would have partaken in that which we have "given up" we draw our thoughts to Christ. Therefore what we "give up" should be something we would have partaken in every day, or even multiple times per day. For example, giving up eggs for Lent (this is part of what the Orthodox traditionally do), when you would have had eggs for breakfast - while you're partaking in the alternative, you recall WHY you're not eating eggs. One could offer up coffee, or soda, or chocolate, fast-food, red meat or even all meat - whatever it is you have "given up," if you remain faithful to it - becomes another realization of celebration at the end of Lent.

Again, still practiced by the Orthodox, giving up eggs was part of the Lenten penance, however - chickens don't stop laying eggs for Lent! So, rather than waste the eggs - boil them!  They last a bit longer when boiled. Coloring the eggs too made them "special" and then on Easter Sunday, you got a special treat of eating eggs again!