Explaining Why Abortion is Wrong While Avoiding Religious Terms 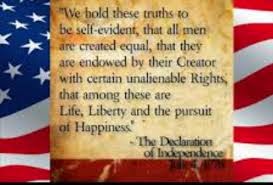 Today I would like to show how one can debate, argue, on the merits of being pro-life without using religious texts for support.


Using only science and our own Declaration of Independence we can make a solid argument against any and all abortions. First we need to understand that a person is a living human being. The online dictionary Merriam-Webster defines ‘person’ as “a human being.” Second, our Declaration of Independence tells us that all human beings have an unalienable right to life. And thirdly, we can know that a new human being begins its life at the moment of fertilization. As the same online dictionary defines‘fertilization’ as: the process of union of two gametes whereby the somatic chromosome number is restored and the development of a new individual is initiated.


There you have it. Everything you need to successfully explain your pro-life position as being well supported by science by applying the fundamental right to life for all human beings from the beginning of its life (at fertilization) to its natural end.


There’s no other conclusion possible. You see, the only objections to my position of pro-life is to argue that size, level of development, Environment or degree of dependency are points allowing for the destruction of what is growing in the womb, which science tells us that it’s a living human being.


Let’s look at these different objections to see how weak their position really is. Does size determine if someone has a right to life? No, of course not. A baby is much smaller than a teenager but that doesn’t mean that the baby doesn’t have a right to life simply because it’s smaller in size. The same goes for a newly formed human being, the zygote. It may be extremely small but it is indeed a human being and alive and therefore it has a right to life just as a baby or a teenager does. Size does not determine if one has rights.


And lastly, the level of dependency. The fact that the individual who is completely dependent on the mother for survival does not determine whether he has a right to life. If that were the case then a newborn would not have a right to life either since it is completely dependent on someone else, usually the mother for its survival. If level of dependency on another for survival determines if one has a right to life means that the killing of newborns would be morally acceptable. No rational individual would support the killing of newborns.


Again, we can plainly see that if it can be ascertained with a great amount of certainty that a new human being begins its existence at the moment of fertilization, then by virtue of believing in the right to life for all supercedes any ‘rights’ the mother may feel she has to an abortion for whatever reason. Science has determined with certainty that a human being does indeed begin its life at the moment of conception which means that a mothers ‘right’ to choose to deliberately kill her developing human being should not be allowed by law.


The right to life is to be afforded to all living human beings simply by virtue of them being human beings. And that right to life cannot be taken away because of their size, level of development, environment or dependency. They deserve this right because we believe that the founders had it right; that “all men are created equal, that they are endowed by their Creator with certain unalienable Rights[that cannot be taken away or denied], that among these are Life, Liberty and the pursuit of Happiness.”

God Bless
Nathan
Posted by Nathan on August 29, 2014 No comments:

Sir Richard Attenborough has passed away at age 90.  While he's been a character actor in many films, my best memory of him is as Jacob in Joseph and the Amazing Technicolor Dreamcoat (a favorite of my daughter before she passed away).
Rest in peace, Sir Attenborough.

Dr. Scott Hahn posted to Facebook this Open Letter to Richard Dawkins and encouraged sharing it...  I agree and am sharing...  please feel free to do the same.  I'll have a final comment after the letter....

For many years I taught gymnastics - and in that previous life one of my specialties was working with the Special Needs community.  Many of these children had Downs Syndrome, and each one - in their own special way - was a true gift and joy to work with.  Certainly sometimes challenging, but the rewards were always worth it.  I had the honor to coach the Special Olympics gymnastics champion for several of those years.
I hope Dr. Dawkins accepts JD Flynn's invitation.  There is no way one can spend time with one of these special children without seeing the gift they bring to all around them.
Posted by CathApol on August 22, 2014 No comments:

Email ThisBlogThis!Share to TwitterShare to FacebookShare to Pinterest
Labels: abortion

Sadness Over the Death of Robin Williams

On my way home from work today I heard the news of the apparent suicide of Robin Williams.  I briefly looked on Facebook and saw many of the sad posts mourning the loss of Robin Williams.  Certainly as an actor, he will be missed.  He was a man of many talents and was able to bring his audiences to tears of joy, and sometimes tears of sadness too.  What saddens me more though is, if the reports are true, that he succumbed to suicide - which is a total lack of faith, even a rejection of faith.  Only God can judge what the state of Mr. Williams soul was at the point of death - so I will not presume to judge his eternal state, but it saddens me to hear about someone who felt his or her problems were bigger than God could handle.

My prayers go out to William's family, and I do pray for his soul - may God have mercy on him.

Email ThisBlogThis!Share to TwitterShare to FacebookShare to Pinterest
Labels: suicide

The Islamic State of Iraq and Syria, aka ISIS, is taking "terror" to new heights.  They are beheading children simply because they are Christian.  I had thought about posting the picture of a Syrian father holding the lifeless body of his headless daughter for the shock value, but I have decided against it.  Or how about group crucifixions of Christians?  If you really want to see that morbidity, it's not hard to find in Google or Yahoo searches.  This is beyond terror, it is horror.

Meanwhile, many Americans sit at home and ponder the upcoming NFL season and/or speculate on what is in store for the NBA and NHL seasons which are not much further away.  Should the world stop and put an end to these monsters who claim to be fighting for Allah?  Or, should we just carry on as if nothing is happening, after all, it's not happening in our backyard?  How is this genocide any less horrific than Hitler's treatment of the Jews?  What is it going to take to get the world to take action against ISIS?  I know the USA is still recovering from many years at war in the region - but our pull-out was ill-timed and left a vacuum which was filled by radical factions of Islam.

Don't get me wrong here... most Muslims are not like ISIS.  I also do not support the errors of Islam, but ISIS is not representative of a majority of Islam.  While we can peacefully debate between Christianity and Islam - there is no "debating" with these radical elements.  All they know is violence and hatred of anything or anyone not like themselves.  The only thing which will end their horror will be their complete defeat in this game of war they have actively engaged themselves within.

I urge everyone reading this to pray and fast over these current events.  If an article like this is not enough to convince you, then do a Google or Yahoo images search for "beheaded children" and if that doesn't get your attention, I don't know what will... perhaps just letting the forces of ISIS continue until they really are doing these acts in your own backyard?


I am deliberately NOT "linking" the URL below so that you may be fairly warned of the graphic images you will see if you copy and paste it into your browser.
http://www.catholic.org/news/international/middle_east/story.php?id=56481

Oh, and lest any have forgotten... it HAS happened in our backyard... 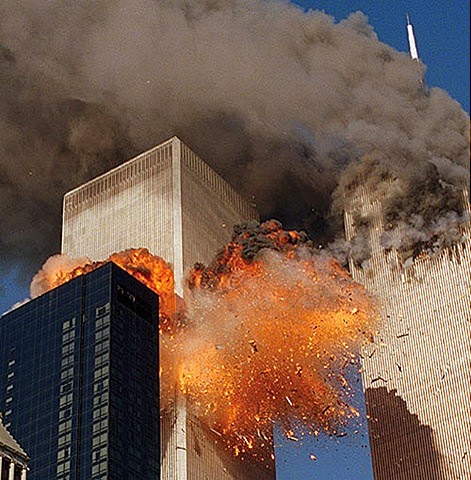