Christmas is ALMOST over! 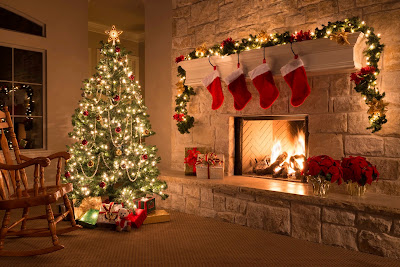 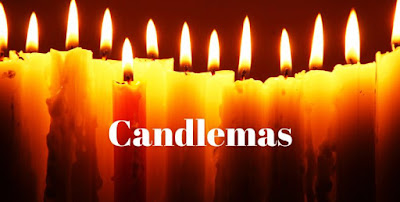 So. let me get it in at least one more time this season:


Something else is observed on this day... it has to do with a groundhog named  Punxsutawney Phil. The Pennsylvania Dutch legend has it - if Phil sees his shadow there will be 6 more weeks of Winter; if he does not see his shadow - it will be an early Spring (weather-wise). 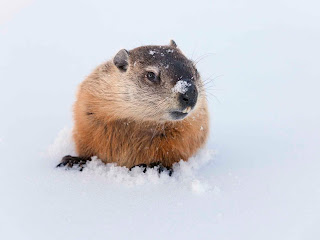 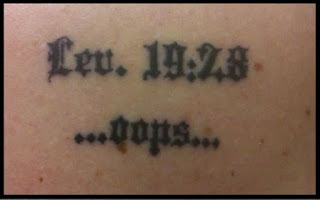 Someone I know mentioned he was considering getting a tattoo and I didn't say anything except Leviticus 19:28. I didn't quote it, I just cited it and said nothing else.  The response I got follows in green and my further response follows...


Ok, thanks for that verse in Leviticus, but just curious, did you read the entire chapter?

Yes, I have read the whole chapter - and I do not find it lacking.


And to carry it a step further, it says not to wear clothes made of two different materials and not to eat meat with blood in it. So are you saying that we need to wear only pure cotton or pure leather type clothes?  Most clothing is a blend nowadays and that means no more steak or burgers or pork, ect. They all have blood. There are many laws that we as humans break in this one chapter.

It is not really fair to pull the examples you have made out of context.  There are at least 38 rules or laws mentioned in Leviticus 19.

The law about not mixing materials has a couple different answers. According to My Jewish Learning the main reason for difference in clothing was primarily for the Jewish identity, to not do as the Gentiles did. "The ancient rabbis taught that maintaining their distinctive dress in Egypt was one of the reasons the Jews were worthy of being rescued from servitude" (MJL, 2003).

"Shatnez" is what this is called... and that is the sewing together of linen and wool. I found a couple reasons for not sewing these together.  One reason is that one will shrink and the other will not - so stitching them together will ruin the garment. Another reason, which doesn't really state the reason except that the Torah says it, is that because it is in the Torah - Jews cannot do it - "we can never truly understand the entire reason for this Mitzvah" (Being Jewish, 2017). Again, according to Being Jewish, one can where linen and wool at the same time, so long as they are not sewn together (2017).

Now, to the subject of eating meat without the blood drained...
Well, first off - during the slaughtering of an animal the "life-blood" is drained off. The "red liquid" you see coming from, say a steak, is not blood!  That red liquid is mostly water and myoglobin.


Myoglobin is a protein that stores oxygen in muscle cells, very similar to its cousin, hemoglobin, that stores oxygen in red blood cells.  This is necessary for muscles which need immediate oxygen for energy during frequent, continual usage.  Myoglobin is highly pigmented, specifically red; so the more myoglobin, the redder the meat will look and the darker it will get when you cook it (Hiskey, 2016).

So steak and pork, etc. are not against Leviticus 19.


Not necessarily giving an excuse, more so looking for a explanation of how to look at this chapter in its entirety. Then we can talk about other things, like women not speaking in church, how are so many women pastors? Or even lead Worship? Just was saying I was thinking about getting a tattoo, not that I was.


And did you ever speak to (name withheld) about tattoos? All of her kids have them and she has wanted one too. And (name withheld) has 3, how does someone who never knew about this verse go about the fact that they already have them? Many questions...

To be culpable of a sin you must be aware that it is a sin - and then have gone forward with it anyway with full knowledge and forethought. Consider the woman caught in adultery - she likely even knew it was a sin, but Jesus did not condemn her - he forgave her and then told her to "go and sin no more." (John 8:1-11) Having a tattoo prior to knowing God's Word says not to get one does not keep one out of Heaven.

Some argue that the modern form of tattooing is not addressed in Lev. 19:28 - but as for me - knowing what this verse says, I could not get a tattoo.

Being Jewish. (2017, December 18). Clothing Mixtures: The Commandment of Shatnez. Retrieved from http://www.beingjewish.com/mitzvos/shatnez.html

One or Two Spaces?

In a course I am currently taking, this subject came up and I thought I would throw it out here too for any of you to add a comment to, should you care to... 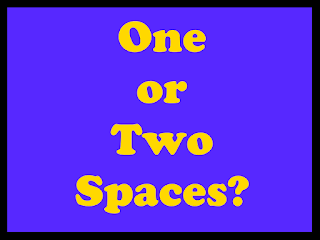 I have to jump into the fray on this as I can relate to the “MUST have two spaces between sentences” v. “MUST have one space.”
I was “helping” my son with a high school paper a few years ago, and I told him per APA (Publication manual of the American Psychological Association, 2010) and MLA (The MLA Center, 2016) one or two spaces is acceptable. He was marked down for using two spaces and his high school teacher said "two spaces is no longer acceptable."
So today I searched it out again and for MLA it says, "Leave one space after a period or other concluding punctuation mark, unless your instructor prefers two spaces" (2016).

For APA it explicitly states, “one space after periods” (2010, p. 87) then on the next page states, “Spacing twice after punctuation marks at the end of a sentence aids readers of draft manuscripts” (2010, p. 88). So, for a final draft it should be a single space after a period ending a sentence, if I am reading the manual correctly. For the type of work we are doing for these modules, is it left up to the judgment of the professor? Perhaps there is another reference in the APA manual I have not seen yet? I am still a bit confused by this debate. At the risk of using a little colloquialism, is this a hill we/I need to die on?
Scott Windsor<<<
References:
Publication manual of the American Psychological Association. (2010). Washington, DC: American Psychological Association.
The MLA Style Center. (2016, July 27). Retrieved from https://style.mla.org/number-of-spaces-after-period/
Posted by CathApol on January 13, 2019 No comments: 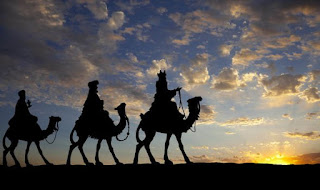 January 6th is Epiphany, which comes from the Greek "to reveal." It is the day celebrated as when the Three Wise Men (or Three Kings) arrived to see the newborn King, Jesus Christ. This is the more recent ending of the Christmas Season as January 6th begins the Season of Epiphany. Epiphany lasts until "Fat Tuesday" for the following day is Ash Wednesday, and Lent officially begins.

Down with the rosemary and bays,
Down with the misletoe;
Instead of holly, now up-raise
The greener box, for show.
The holly hitherto did sway;
Let box now domineer,
Until the dancing Easter-day,
Or Easter’s eve appear.
Then youthful box, which now hath grace
Your houses to renew,
Grown old, surrender must his place
Unto the crispèd yew.

When yew is out, then birch comes in,
And many flowers beside,
Both of a fresh and fragrant kin,
To honour Whitsuntide.

Green rushes then, and sweetest bents,
With cooler oaken boughs,
Come in for comely ornaments,
To re-adorn the house.

The poem takes us from Christmastide, taking down our Christmas decorations, to Easter and then Pentecost (Whitsunday) and into summertime - and back to when "cooler oaken boughs..." and it is time again to re-adorn the house for the next Christ Mass celebration.