What IS Sola Scriptura?

Protestant Viewpoint:
Probably the most accepted view of sola scriptura, among those who defend it anyway is:


1. The Bible is the sole infallible source for the Christian church.

That is not the ONLY view of sola scriptura!  I would agree, that those who have studied sola scriptura that they would agree with this definition - but there are others who take things a bit further.

There are some who hold to:

Now that's not too far off from the first definition I posted - but takes it a bit further.  If it's not in Scripture, don't believe it.

Then there are some who hold to:

Well, there are many inherent problems with that statement.  Literally speaking, 2+2=4 is not in the Bible, but it is not only true, it is infallibly true in a base 10 numeric system.

Now let's look at a variation on the previous definitions:


4. The Bible is the sole source for the Christian Church.

This one leaves out "infallible" from definition 1 and thus becomes like definitions 2 and 3.

Another avenue which some adherents to sola scriptura take is:


5. Sola scriptura is an axiom for Christians - and does not need to be found in Scripture to be true.

The tact here is they do not have to defend the lack of scriptural support for sola scriptura - because it is an axiom - a self evident truth which requires no proof.   Those who use this argument are or have already essentially conceded that sola scriptura is not scriptural - and thus have abandoned any attempt to prove it scripturally, resorting to a very dogmatic stance of it being axiomatic.

Catholic Viewpoint:
While Catholics do not hold to sola scriptura - what IS their view on Scripture and the teaching of sola scriptura?

Of course, Catholics accept the Magisterium of the Catholic Church as a source of infallible teaching, and included in the Magisterium is the Pope himself - when he speaks ex cathedra.


B. The teaching of sola scriptura is not scriptural!

There is no passage in Scripture which teaches sola scriptura!  There are many which teach satis scriptura, which would be the (material) sufficiency of Scripture (but not the formal sufficiency), but again, nowhere does Scripture teach that a book (e.g. the Bible) is or ever would be the sole infallible source of truth for the Christian Church.  This view demonstrates how sola scriptura is a self-refuting proposition - especially for those who hold to definitions 2, 3 and 4 above!  For those holding to one of those definitions, sola scriptura should be rejected - for it is not found IN Scripture!  Again we must stress, satis scriptura is not the same as sola scriptura!  To make the claim that Scripture is "enough" or "sufficient" is not the same claim as saying it is the "only" or "sole" source of truth for the Christian.  Back to the point, since no passage of Scripture teaches sola scriptura - then the concept itself is extra scriptura (Latin for outside of Scripture).


Protestantism and Authority, a video from Fr. Barron:

Happy Punday! -Jokes about German sausage are the wurst.-I know a guy who's addicted to brake fluid. He says he can stop any time.-How does Moses make his tea? Hebrews it.-I stayed up all night to see where the sun went. Then it dawned on me.-This girl said she recognized me from the vegetarian club, but I'd never met herbivore.-I'm reading a book about anti-gravity. I just can't put it down.-I did a theatrical performance about puns. It was a play on words.-They told me I had type A blood, but it was a Type-O.-PMS jokes aren't funny; period.-We are going on a class trip to the Coca-Cola factory. I hope there's no pop quiz.-I didn't like my beard at first. Then it grew on me.-Did you hear about the cross-eyed teacher who lost her job because she couldn't control her pupils?-When you get a bladder infection urine trouble.-Broken pencils are pointless.-What do you call a dinosaur with an extensive vocabulary? A thesaurus.-England has no kidney bank, but it does have a Liverpool.-I used to be a banker, but then I lost interest.-All the toilets in New York's police stations have been stolen. The police have nothing to go on.-I got a job at a bakery because I kneaded dough.-Velcro — what a rip off!-Venison for dinner again? Oh deer!-Be kind to your dentist. He has fillings, too.
(From Scott Hahn, courtesy of Kimberly Hahn)
Posted by CathApol on April 24, 2012 3 comments: 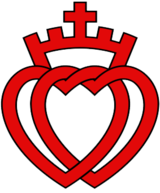 The Vatican said on Wednesday it had received an answer from the dissident Society of Saint Pius X (SSPX) to the Holy See’s ultimatum a month ago that the group clarify its doctrinal position or risk a painful break with Rome. “The response is encouraging, it is a step forward,” said Vatican spokesman, Father Federico Lombardi.
He said the Vatican’s doctrinal department, the Congregation for the Doctrine of the Faith, would study the response, formulate a position and pass its recommendation to Pope Benedict.
The Swiss-based SSPX, which rejects some of the reforms made at the historic 1962 Second Vatican Council, defied Rome in 1988 by illegally consecrating four bishops, triggering their excommunication by the late Pope John Paul.
Last month, the Vatican told the group, which is headed by Swiss-born Bishop Bernard Fellay, that after years of negotiations their response was still “insufficient” to overcome doctrinal problems at the root of the split with Rome. The SSPX says it has about 500 priests and one million followers in 38 countries.
Benedict lifted the excommunications of SSPX bishops in 2009 in a gesture of reconciliation and made some concessions to the group, such as allowing the wider use of the traditional Latin Mass favoured by the SSPX.
The pope values the SSPX’s commitment to Church traditions and wants to avoid their movement creating a permanent schism claiming to be Catholic but outside Vatican control.
The negotiations to heal the rift have been bogged down by agreement on the exact wording of a still-secret preamble to an agreement between the two sides that would enshrine the group’s position on doctrine and the teachings of the Second Vatican Council.
The 85-year-old Benedict’s opening to the traditionalists has met with resistance in many quarters of the Church, particularly because of the group’s reluctance to hold dialogues with other religions, particularly with Jews.
Many Catholics regard the old mass as nostalgic, rigid and something that turns the clock back on the reforms of the Second Vatican Council, which many saw as bringing the Church into modern times.
The return of the Latin liturgy has been controversial even in inter-religious relations. During Good Friday services in the old liturgy, traditionalists still pray that Jews will “recognise Jesus Christ as the saviour of all men”.
The Vatican must also resolve the status of British-born Bishop Richard Williamson, who caused an uproar by denying the Holocaust just before Benedict lifted the excommunication bans on him and the other SSPX bishops.

Email ThisBlogThis!Share to TwitterShare to FacebookShare to Pinterest
Labels: SSPX

Why Does Eastern Orthodoxy (and Eastern Catholicism) Celebrate Easter on Different Days from Latin Rite Catholics?


Well, there are a couple answers.  First of all, it's not always on a different Sunday!  In 2010 and 2011, for example, Eastern and Western Christians celebrated Easter on the same weekend.  This happens with relative frequency too (see chart below).  But why the differences?

Some believe the reason for the difference is related to anti-semitism in Orthodoxy, especially in the early years.  Actually, both East and West celebrated Easter on the same day from 325ad to 1582ad when the Latin Church fully adopted the Gregorian Calendar and Orthodoxy remained with the Julian Calendar.  So while there was, no doubt, some anti-Jewish sentiments going around in the Early Church, neither side was immune to this.

Wishing everyone a Blessed and Happy Easter! 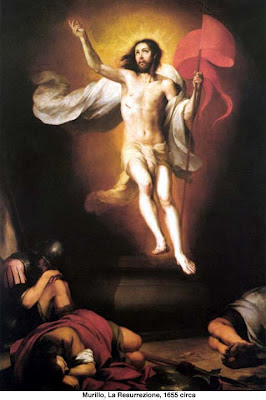 English
Christ is Risen!
Indeed, He is Risen!