Pope Francis on Better to be an Atheist 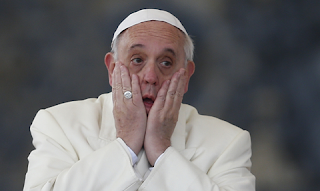 Recently it has been widely reported that Pope Francis said, "it is better to be an atheist than a hypocritical Catholic." The actual quote, while similar, is not that - AND - he's actually stating that OTHER PEOPLE say that when confronted with hypocritical or fake Catholics!  Here's the actual quote, in context:


"But what is scandal? Scandal is saying one thing and doing another; it is a double life, a double life. A totally double life: "I am very Catholic, I always go to Mass, I belong to this association and that one; but my life is not Christian, I don't pay my workers a just wage, I exploit people, I am dirty in my business, I launder money...' A double life. And so many Christians are like this, and these people scandalize others.

"How many times have we heard - all of us, around the neighborhood and elsewhere - 'but to be a Catholic like that, it's better to be an atheist.' It is that, scandal. You destroy. You beat down. And this happens every day, it's enough to see the news on TV, or to read the papers. In the papers there are so many scandals, and there is also the great publicity of the scandals. And with the scandals, there is destruction." (Vatican Radio, qtd on churchpop.com)

So, while he does not disagree with the sentiment, he didn't say those words as from himself - but that is what others think and/or say when they see hypocritical / fake Catholics. He is also saying that those hypocritical Catholics are causing scandal. So while not saying those words himself - he is highly critical of those who profess the Catholic Faith but don't LIVE the Catholic Faith.

2 Peter 2:21 says: For it would be better for them not to have known the way of righteousness, than having known it, to turn away from the holy commandment handed on to them.

Jesus also said, in Matthew 7:21 - "Not everyone who says to Me, 'Lord, Lord,' will enter the kingdom of heaven, but he who does the will of My Father who is in heaven will enter."

Note, just SAYING you're a Catholic is not enough!  You must DO the will of the Father to enter into Heaven.


Well, some are critical of Pope Francis' address to Super Bowl LI and while some of their reasoning is justified, and while I don't agree with the manner in which this pope speaks some of the time - I find it a bit scandalous for "faithful Catholics" to be making their dissatisfaction public over what he didn't say or could have said.

Could he have addressed sex trafficking which allegedly hits a high on the night of the Super Bowl? Could he have specifically mentioned "Jesus" in his talk? Could he have talked about the dubia or other matters of concern for the faithful? Sure, but in this 50 second vlog he chose to focus upon the symbolism of coming together in solidarity and peace. He spoke of sacrifices to be made. He spoke of putting others before ourselves. Could I find fault with Pope Francis' message? If I chose to, yes. Could I find positives with his message? Yes, and that is what I chose to do.

The Super Bowl is an opportunity for us to come together and discuss things civilly and perhaps discuss the morality - or lack thereof - in the commercials and the halftime show. 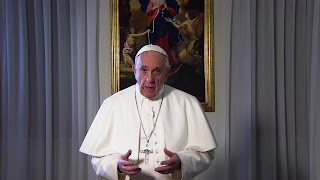 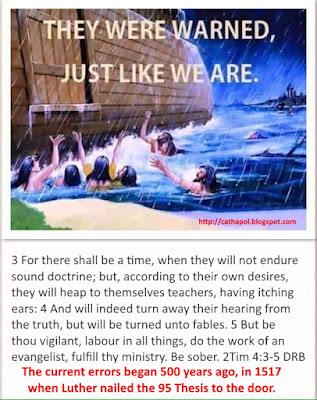 It must be recognized that the errors of Luther began before he nailed the 95 Theses to the door of the Catholic Church in Wittenberg, but it is that date, October 31, 1517 which is remembered by Protestants as the birth of Protestantism.

The Lord, our God desires that we be one, just as He and the Father are One. Luther's act set into motion a schism which continues to divide the Church to this day - AGAINST the Will of God! 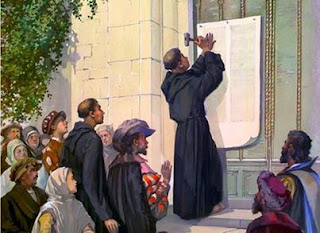