No Hanukkah Equals No Christmas!

That's right! If the Brothers Maccabees had not won the battle with the Syrian Greeks who vastly outnumbered the Jews there would be no Jews. The Greeks sought to annihilate the Jews from the face of the Earth - so, had the Greeks won this battle the Jewish nation would have ceased to exist and thus, the prophecies of the Messiah coming from the City of David (Bethlehem) would have become null - think about it, if their were no more Jews - to whom would the Messiah have come? Certainly we could make all sorts of speculation over how God would have found a way - but the fact remains THE WAY which God DID FIND was through the Maccabees revolt from 167 BC to 165 BC. 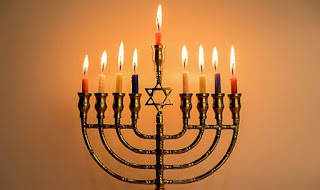 So why is it called the Festival of Lights? Why eight candles? Well, when Antiochus III invaded Judea, he also captured the Temple and desecrated it - offering sacrifices of swine and building an altar to Zeus. After the Maccabees defeated the Greek/Syrian armies and took back the Temple, the Temple had to be purified and rededicated. The purification process would take eight days, yet there was only enough oil to keep the lamp in the Temple going for one day - and it would also take eight days for the kosher process to make more oil for the Temple lamp. The miracle then was that the lamp burned the entire eight days, even though it should have only lasted one day! From that time forward the Jews have celebrated the Festival of Lights, lighting one candle per day for eight days.

Again, had the Maccabees failed, there would be no Jewish nation and the Festival of Lights would not have started - thus no Hanukkah would have resulted in no Christmas!

By the way - Hanukkah started on December 22nd this year and ends on December 30th. It is different every year on our Gregorian calendar because it is based on the Hebrew lunar calendar and begins on the 25th of Kislev every year on their calendar. As of this posting we are on the 5th Day of Hanukkah - so - HAPPY HANUKKAH! 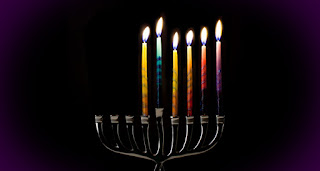 One more final bit of trivia - if there are eight days celebrated, why nine candles? The answer is the candle in the middle is called the shamash - and it is used to light the other candles. It is usually set higher than the other eight candles and it is not counted as another day in the Festival of Lights. 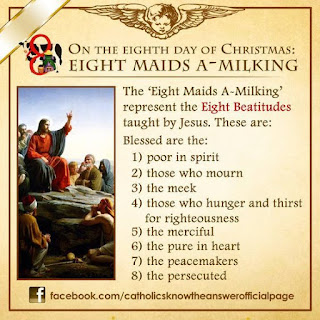