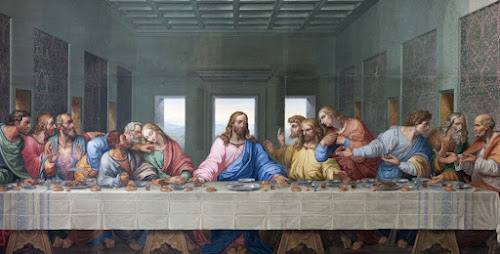 Holy Thursday - or Maundy Thursday we celebrate the FIRST MASS! This is the day Jesus gathers with His Apostles for Passover and therein consecrates the FIRST EUCHARIST enabling ALL Christians to fulfill His repeated command from John 6 to "Eat My Flesh... or you have no life in you!" Jesus takes the bread and wine from the Passover festival and declares, "This IS My Body" and "This IS My Blood," and further commands that we "DO THIS" each time we partake in this - which, as Catholics, we partake in "this" at every celebration of the Mass - again, which all commemorate this FIRST MASS! 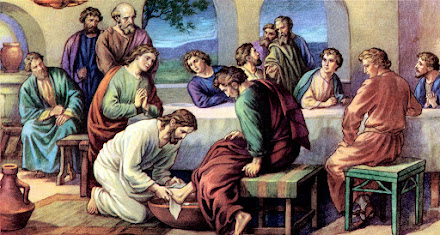 Before we get to that FIRST MASS, however, there is the FOOT WASHING. Jesus commands us all to be servants of one another, and by His example - He washes the feet of the Apostles as the gathered for the Passover. This ceremony is also commemorated at most Catholic churches throughout the world on Holy Thursday before Mass. It is also the FINAL Mass celebrated until the First Mass of Easter (during the Easter Vigil). On Good Friday and Holy Saturday during Tenebrae, there may be distribution of pre-consecrated Holy Communion (consecrated on Holy Thursday).

We we remember The First Mass, The Agony in the Garden, Jesus' arrest and His Passion begins.

The second day of the Triduum - and the second Tenebrae - more candles are extinguished, fewer lights are left on in the church. There is no "Mass" today, but there may be distribution of pre-consecrated Eucharist - often this is referred to as a "Mass of the Pre-Consecrated." 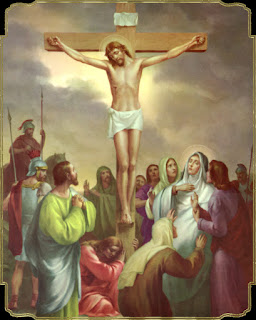 Today we remember Jesus being presented before Caiphas and Pontius Pilate - His conviction under Pilate, The Way (or Stations) of the Cross - including and His Crucifixion, death and burial.