The 50 days of Eastertide began with Easter Sunday and continues through the Saturday before Pentecost. 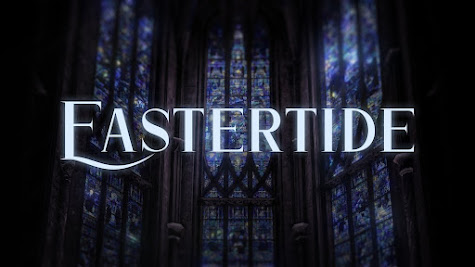 I feel like I return to this verse often; I hope it gives you motivation this week as it is to me!

"For I know the plans I have for you," declares the Lord, "plans to prosper you and not to harm you, plans to give you hope and a future." - Jeremiah 29:11

Thank you! Yes, it is good to be reminded that the Lord does not have plans to harm us, but to prosper us in hopes of a prosperous future. Sometimes I feel as though I (we) are being tried, as if by fire, and He speaks to us about that too:

And I am also reminded of...

From the sermon at St. Peter's Catholic Church in Henderson, NV - The whole sermon was on St. Thomas, and Father's theme was he was playing St. Thomas' attorney to right his name and proposes doing away with "Doubting Thomas." He argued, after all, St. Peter denied Jesus 3 times - and 2000 years later we're not calling him "Denying Peter!" Or how about James and John. while they are still referred to as the "Sons of Thunder,"  recalling Luke 9:54 where they wanted to call down fire from heaven to punish the Samaritan cities that did not accept Jesus; we do not call them the "over-zealous brothers!" But look at what St. Thomas accomplished!

St. Thomas travelled all the way to the south-east corner of India - however - we did not know this until the 16th century when St. Xavier landed in India to preach the Gospel - only to be told by the native Indians, "Oh, you mean the Christian Church? It's over here! When Xavier visited the church he discovered it was founded over a millennia earlier by none other than St. Thomas the Apostle! They were celebrating all the Sacraments of the Catholic Church already! Later research also shows a path from Israel to India with Christian churches all along the way - all founded by St. Thomas! So... Father, our defense attorney for St. Thomas, proposes that from now on we refer to him as "St. Thomas the Traveler!" 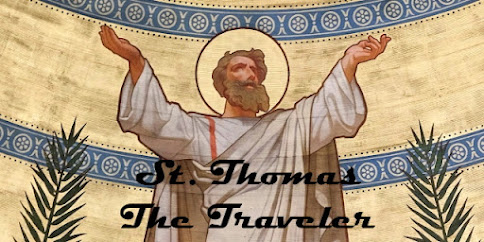