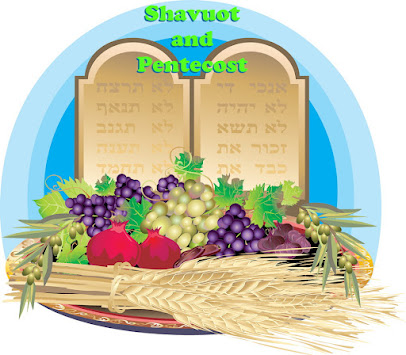 Today marks the end of Shavuot - the Celebration of Weeks on the Jewish calendar which is directly tied to Passover. We commonly refer to this as "Pentecost" which is "50 Days" (7 weeks) after Passover, or for Christians - Easter. The Jewish Shavuot had as one of its original meanings - the feast of the harvest - the first fruits. Also, in the oral tradition of the Jews Shavuot, being 50 days after the Passover, was celebrated as the day Moses presented the people of Israel with the Torah - or perhaps the 10 Commandments.

The bottom line for Christians is, it was for Shavuot that Jews from all over the world were gathered in Jerusalem. When the Holy Ghost came down upon the Apostles and they began speaking in other tongues, it was in the native tongues of all these people from around the world! They all heard the Apostles speaking in THEIR language!

Thousands would convert to the Catholic Church that day as the Apostles, filled with the courage of the Holy Ghost preached, fearlessly, the Gospel of our Lord, Jesus Christ. 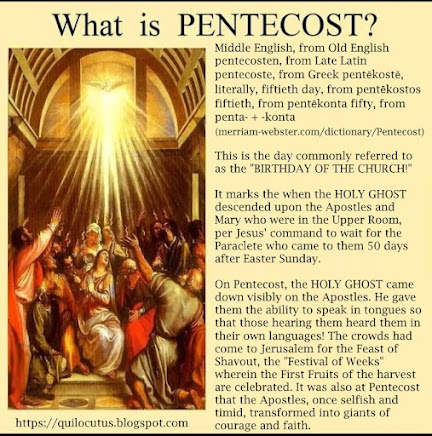