Smoke of Satan Has Entered the Church

Back in 2006 I had heard this, but researching I could find no sources in English which confirmed this - so I continued my research and I found the statement on the Vatican website!  Yes, it is true, Bl. Pope Paul VI clearly states this in a letter (which to my knowledge officially still only exists in Italian) on June 29, 1972 that "through some small fissure, the smoke of Satan has entered the Church."  Here is the link to my 2006 posting:  http://cathapol.blogspot.com/2006/06/did-pope-say-smoke-of-satan-has.html

Here is the link to the official letter on the Vatican website:   http://www.vatican.va/holy_father/paul_vi/homilies/1972/documents/hf_p-vi_hom_19720629_it.html  (again, that document is in Italian).

What is this "smoke of Satan" which Bl. Pope Paul VI spoke of?  I added a comment to my earlier posting, but feel free to comment further here. 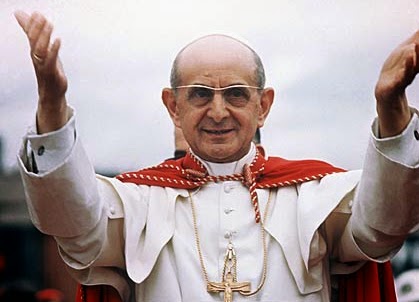