Do Matthew and Luke Contradict on the Infancy Narrative? 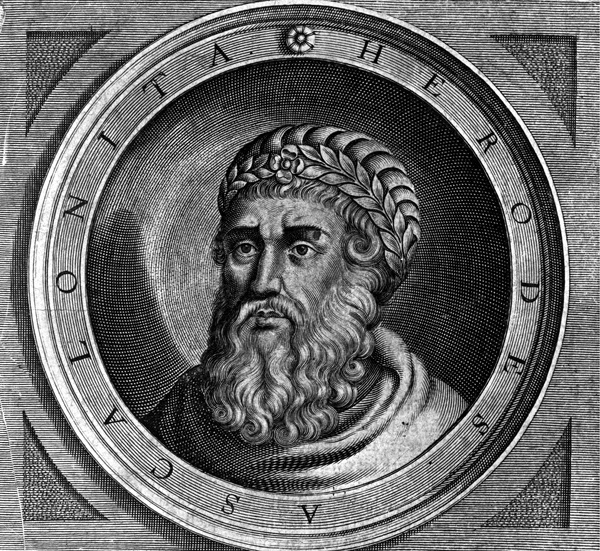 Recently I've been involved in some discussions on "Beliefnet" in the "Discuss Catholicism" forum.  I was invited to answer claims of an anti-Catholic who is under moderation in the Catholic Debate Forum - (his belief is that I could not stand up for myself in a forum I do not run - he is wrong, as usual).  Below is an excerpt from one of the discussions going on there.  As for the forum itself, thus far I cannot recommend it.  It seems to be dominated by those who do not wish to "discuss Catholicism" - rather, they want to "bash Catholicism" - I've even questioned the naming of the forum there on the forum.


Perhaps you should review the nativity narratives in Matthew and Luke. (Paul, Mark, and John don't have any).

Matthew claims Jesus was born during the reign of KIng Herod who died about 4 B.C.

Luke, on the other hand reports Jesus was born in 6 AD, when Judea came under direct Roman control, and Quirinius, the new Roman governor, conducted a census of Judea to determine the tax base and Archelaus' holdings  (Herod's son and inheritor) who was exiled by the Romans in 6 A.D.. (This event also recorded in Josephus' History of the Jews).

So there are two contradicatory reports having Jesus born 10 years apart. Luke having Jesus born in 6 AD obviously does not have anything about the Slaughter of the Innocents or any trip to Egypt since Herod had been dead for ten years.

But Luke makes a mistake too. Joseph and Mary were residents of Nazareth in Galilee, not Judea. Herod gave Galilee to another son, Antipas, who remained the ruler until 37 AD collecting taxes, etc. Galileans were not counted in Quirinius's census of Judea.


I challenged him to document his claims, as the above was pure assertion with no substance, he provided the following (one of the few times he's actually answered the challenge to document himself, even if his conclusion is a bit off-base).

Sure. I guess I shouldn't assume that you've read the New Testament or studied the history of that period.

2. Luke 2:2-5  "This was the first enrollment, when Quirinius was governor of Syria.3So all went to be enrolled, each to his own town.4And Joseph too went up from Galilee from the town of Nazareth to Judea, to the city of David that is called Bethlehem, because he was of the house and family of David,a5to be enrolled with Mary, his betrothed, who was with child.

Herod Antipas,  (born 21 bc—died ad 39), son of Herod I the Great who became tetrarch of Galilee and ruled throughout Jesus of Nazareth’s ministry.

"In the tenth year of Archelaus’ rule the leading men among the Jews and Samaritans, finding
his cruelty and tyranny intolerable, brought charges against him before Caesar the moment
they learned that Archelaus had disobeyed his instructions to show moderation in dealing
with them. Accordingly, when Caesar heard the charges, he became angry, and summoning
the man who looked after Archelaus’ affairs at Rome. . ., he said to him, “Go, sail at once and
bring him here to us without delay.” . . . And when Archelaus arrived, Caesar gave a hearing
to some of his accusers, and also let him speak, and then sent him into exile. . .

Now the territory subject to Archelaus was added to (the province of) Syria, and Quirinius, a man of consular rank, was sent by Caesar to take a census of property in Syria and to sell the estate of Archelaus."

Notes:   (no notes found here, I assume this was part of a copy/paste operation)

Thus:
Archelaus ruled Judea from the death of Herod in 4 BC until 6 AD when he was exiled by Rome and Judea placed under direct Roman control.

Antipas ruled Galilee from the death of Herod in 4 BC until about 37 A.D.

Following the exile of Archelaus in 6 A.D., Judea (but not Galilee) came under direct Romon rule and Quirinius, on becoming governor of Syria, conducted a census (of Judea, now part of Syria). Galilee remained under Antipas and was not involved.


I responded with the following:

The Rule of the Herods

The territory we know as Palestine was divided into different administrative districts at different times under Roman rule and governed by various levels of the Roman political bureaucracy.  Political leadership was granted as a reward for being in favor with Caesar and could be withdrawn just as quickly.  As a result, various parts of Palestine passed back and forth between supervised monarchial rule and total control directly from Rome under Roman procurators or governors.

Herod the Great died about 4 BC by our calendar, even though Matthew 2:19 tells us that Herod died after the birth of Jesus. Our modern calendar was not developed until the Middle Ages.  Most historians agree that because of different calendars in use before that time that they simply miscalculated the date of Jesus' birth.  After Herod's death Caesar divided the territory he ruled, which included almost all of Palestine, among his three sons Archelaus, Philip, and Antipas. Archelaus quickly gained a reputation for harsh treatment of the people.  It was Archaeleus that precipitated the Holy Family's return to Galilee (Matt. 2:22).  Because of continuing complaints, he was soon removed by Caesar and banished.  His territory was administered by governors.  Philip ruled the far northern area of Palestine and did not play much role in the New Testament events.  Antipas was self-indulgent and ambitious, and eventually fell out of favor with Rome and was also banished.  His territory was briefly under the control of governors until Herod Agrippa I was allowed to rule as king over those areas.  In the New Testament, all of these rulers are generally referred to as Herod, although the one most mentioned in the Gospels was Herod Antipas since he controlled Galilee and Perea during most of the lifetime of Jesus.

Herod Agrippa I was the grandson of Herod the Great who assumed control of the territory of Philip in 37.  After Antipas was banished, he was given control of his territory as well.  In 41 he was given the rest of Palestine and governed almost as much territory as Herod the Great had ruled.  It was Agrippa I who was responsible for the persecution of early Christians (Acts 12:1-3).  At his death in 44, his son was considered too young to rule.  However, after a few years, in 53 Agrippa II was allowed to rule parts of the former territory of Philip, and in 56 was also given most of the territory of Galilee and Perea. This is the Herod before whom Paul presented his defense (Acts 25:13-26-32)

Timeline of Rulers in Jerusalem before and after Jesus, the Christ
en.wikipedia.org/wiki/Timeline_of_Jerusa...

Roman Governors of Judea
The procurators may be divided into two series: those preceding and those following the reign of Agrippa I. Those of the first series (6-41 C.E.) ruled over Judea alone, possessing, together with the legate, the power of supervision over the Temple, and the right to appoint and depose the high priest. Those of the second series (44-70) administered Samaria and Galilee, besides Judea. Tacitus' statement ("Annales," xii. 54) that Cumanus was procurator of Galilee only, is not confirmed by Josephus, who was better informed. In this period the supervision over the Temple and the high priests was exercised by Jewish princes of the Herodian dynasty.
The first series of procurators includes the following:
Coponius (6 or 7-9 C.E.). During his administration the revolt of Judas the Galilean occurred (Josephus, "Ant." xviii. 1, § 1; idem, "B. J." li. 8, § 1).
Marcus Ambibulus (9-12). Ἀμβίβουλος is the correct reading in "Ant." xviii. 2, § 2, according to ed. Niese; the older editions have Ἀμβίβουχος, which was usually read "Ambivius."
Annius Rufus (c. 12-15). During his term of office Augustus died (Aug. 19, 14); and this is the only basis on which to compute the tenure of office of the first three procurators, of whose administration Josephus ("Ant." l.c.) reports almost nothing.
Valerius Gratus (15-26). He was the first procurator who arbitrarily appointed and deposed the high priests (ib.).
Pontius Pilate 26-36). As Josephus expressly states (ib. 4, § 2), he was deposed before the first appearance of Vitellius in Jerusalem, namely, in the spring of 36 (comp. ib. 4, § 3 with 5, § 3).
www.jewishencyclopedia.com/articles/6840...

So AC, your alleged contradiction here has vanished.