Anti-Catholic Bigotry in Politics is Back in Style

In Washington state, the state I hesitate to say is where I was born and lived in until I was 24, the elections were being tainted by anti-Catholic bigotry. 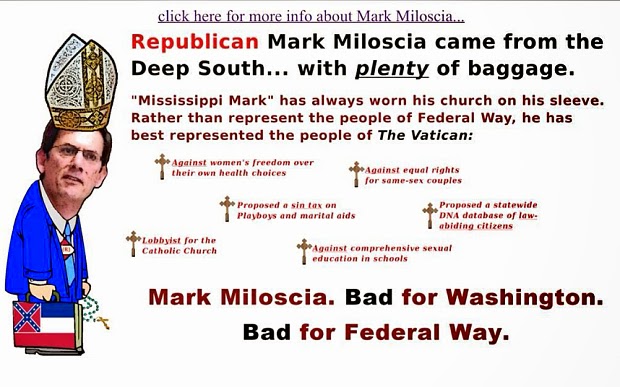 I didn't know anything about Mark Miloscia or his politics.  Obviously, from the above he must be Catholic.  But really, "he has best represented the people of The Vatican."  What is this the 17th century, when Catholics were not only not welcome in the Colonies but were actively blocked from participating in any type of politics and had few rights under the "law?."  Is this the 18th century, when the only state were there was actual freedom of religion-Maryland, which was founded by Catholics-was taken over by protestants and it became illegal to practice Catholicism in the open?  Is this the 19th, were Irish Catholic immigrants were indentured servants with no rights and no freedoms as citizens?  Is it the 20th century where the public was told a Catholic candidate (including John F. Kennedy) would mean the U.S.A. would become a vassal of the Vatican?  To think that our country had not evolved past such prejudices is almost unthinkable and bodes no good for the future of our country.

The website listed at the top of the cartoon goes to a webpage that lists all of Mr. Miloscia's "sins."  From what I can gather from this list, Mr. Miloscia voted his conscience.  For instance, he voted against forcing Catholic Charities to pay for voluntary abortions and forcing all insurance carriers to cover contraception.  He voted against same sex "marriage" and "domestic partner" "rights".  He voted for a tax on adult entertainment materials which the web page author calls a "sin tax" on "playboys and marital aids."  He voted against the "Death with Dignity Act" (which unfortunately passed) which gives terminally ill and elderly people the right to "choose their time of death" in other words, giving people the right to kill themselves if they are suffering.  All of these issues are morally repugnant and against Catholic teaching.  Instead of berating him for voting "Catholic" they should be applauding him for voting his conscience.  After all, that is what the other side says there doing.

The irony is that Mr. Miloscia was a Democrat but left the party over these very issues.   He became a Republican candidate to put forward a more conservative agenda than the Democrats are willing to hear.  Washington state has become a liberal bastion and an embarrassment to all moral thinking and acting voters.  If I still lived in Washington state, I'd feel very ashamed at this campaign.  Portraying a Catholic as a nut case and a vassal of the Vatican because he votes his conscience is barbaric and the epitome of the smear campaign.  None of the things listed in the anti-Catholic smear ad seem to be "sins" at all, let alone deal breakers as far as a politician should be concerned.  I pray that Mark Miloscia stands his ground and votes his conscience despite the smear campaign, despite pressure, and despite election.

Also ironic are all the inconsistencies on the website.  The website says that Miloscia voted against forcing pharmacies to provide emergency contraceptives, voted against forcing employers to carry insurance for contraception and abortions but then accuses him of lobbying for large pharmaceutical companies, because of campaign contributions.  Says he "lobbies for the Vatican" yet sets up a page pitting his alleged record against out-of-context quotes by the pope which appear to oppose Miloscia stand on the pet legislation.

Go here to read Miloscia's side of the campaign.

While Catholics are only about 7% of the population in the state in which I now reside, at least this type of campaign hasn't happened here--yet.  However, much of the nation saw the "Black Mass" debacle in Oklahoma City on the news.  At least only 42 people (reportedly) attended the performance (in an 80 seat auditorium)  that was pointedly done to ridicule a true Mass and the Catholic Church.  Our Archbishop stood up for Christ and got an legal injunction for the return of the supposedly blessed Host that was to be used that night.

One of the few prejudices that are still politically okay--Catholic bashing. But while I can understand why people who hold completely morally opposite views might attack a candidate like Mr. Miloscia, I don't understand why other Christians wouldn't speak out.   Catholic entities such as Catholic Charities and abbeys that refuse to pay for contraception and abortions on moral grounds are being attacked.  Many other Christian organizations don't believe that affects them.  How about the pastors in Texas?  Does the fact that the new, openly gay attorney general is ordering pastors, under threat of criminal prosecution, to turn over copies of all sermons that speak out against homosexuals in general or her in particular get anyone's attention?  Our country is slowly but surely turning into a country that no longer believes in freedom of religion or a right of any Christian to have his beliefs affect his public life and decisions.

[Note: The above cartoon, although it can be found elsewhere online, has been taken off the original website by the anonymous author at the request of the Democratic opposition]

This article is strictly the opinion of the post author--Cathmom5.
Posted by cathmom5 on November 06, 2014 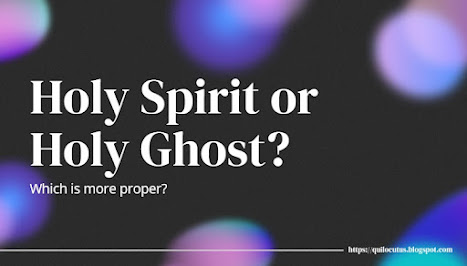