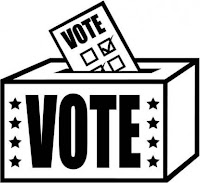 In a few days, most of us will go vote for our next president of the United States.  So how do we choose between candidates?  What are the criteria that we are to use in determining who is best for the job?  Our leaders in the faith answer…


Archbishop of Baltimore mentioned what we are to ask ourselves when deciding.  He said: “The question to ask is this: Are any of the candidates of either party, or independents, standing for something that is intrinsically evil, evil no matter what the circumstances?”


“If that’s the case, a Catholic, regardless of his party affiliation, shouldn’t be voting for such a person”
http://www.lifesitenews.com/news/catholics-shouldnt-vote-for-candidate-who-supports-intrinsic-evil-says-balt


We find in the words of another Archbishop that people “who are practicing Catholics cannot have alternate views on abortion.  Such foundational issues have a huge impact, and it’s important that Catholics make those distinctions.  A person may be right on a lot of secondary issues but wrong on the foundational issues.  And if that’s the case, it would be very difficult for a Catholic to vote for someone who, for example, favors unlimited access to abortion… undermines the meaning of marriage or supports policies that really undermine the foundation of our culture.”
http://www.catholicnewsagency.com/news/archbishop-chaput-be-catholic-before-you-are-democrat-or-republican/


Archbishop Chaput also tells us “So can a Catholic in good conscience vote for a pro-choice candidate? The answer is: I can’t, and I won’t. But I do know some serious Catholics—people whom I admire—who may. I think their reasoning is mistaken, but at least they sincerely struggle with the abortion issue, and it causes them real pain. And most important: They don’t keep quiet about it; they don’t give up; they keep lobbying their party and their representatives to change their pro-abortion views and protect the unborn. Catholics can vote for pro-choice candidates if they vote for them despite - not because of - their pro-choice views.  But [Catholics who support ‘pro-choice’ candidates] also need a compelling proportionate reason to justify it."

The passage following that sentence continued, "What is a ‘proportionate’ reason when it comes to the abortion issue? It’s the kind of reason we will be able to explain, with a clean heart, to the victims of abortion when we meet them face to face in the next life - which we most certainly will. If we’re confident that these victims will accept our motives as something more than an alibi, then we can proceed."


And for this reason archbishop Chaput says:  “I certainly can’t vote for somebody who’s either pro-choice or pro-abortion.”
http://www.lifesitenews.com/news/archive//ldn/2008/may/08052107


If the only two candidates to vote for can both be labeled pro-abortion then Cardinal Burke, prefect of the Supreme Tribunal of the Apostolic Signatura (the Vatican's highest court) said : “You may in some circumstances, where you don’t have any candidate who is proposing to eliminate all abortion, choose the candidate who will most limit this grave evil in our country.” http://www.lifesitenews.com/news/archive//ldn/2010/oct/10102806)


In fact, in a recent letter Bishop Ricken of Green Bay stated that the church has a responsibility to speak out regarding moral issues, especially on those issues that impact the “common good” and the “dignity of the human person.”


“To vote for someone in favor of these positions means that you could be morally complicit with these choices which are intrinsically evil,” the bishop warned. “This could put your own soul in jeopardy.”
http://www.gbdioc.org/images/stories/Front_Page/An-Important-Moment-Article-from-Bishop-Ricken-10-24-2012.pdf
Posted by Nathan on November 02, 2012