Those Nefarious Catholics and the Letter J

One of my sons asked me to look into this alleged controversy. I say "alleged" because the controversy itself is an invention of those who do not understand linguistics and how the letter "J" came into the English alphabet. 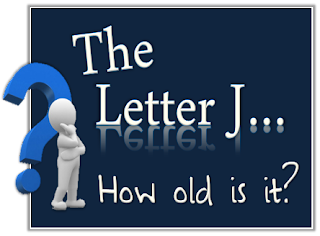 The claim is that the letter "J" is only 400-500 years old and that the Catholic Church invented the letter to get the world to worship their false god "Jesus" as opposed to the real God, Yeshua. The fact is there is some truth to the inclusion of "J" into the English alphabet! What is false is that the Catholic Church somehow used this to undermine "true" Christianity. The reality is that the origin is in the letter "I". Therefore the name Jesus would have originally been written "Iesus." If we want to get picky, it would actually have been written: "IESVS" as there was no "U" prior to the 14th century either! One of the most famous Roman Ceasars is Julius Ceasar, which was written IVLIVS CÆSAR (originally there were no lowercase letters either!).

You can see the evolution of the name Jesus from the Hebrew, where a "Y" or "yod" becomes an "I" in Greek and Latin, and later to the "J" in modern English. (Reminder, when you read in Hebrew it is right to left).

The fact is the ancient letter "I" has long had the pronunciation of the modern letter "J." Have you ever noticed that "J" can also sound like a consonant "Y" as well as to a vowel "Y"?  For example, the Roman word IVVNIS, the Latin word for "young." The first "I" makes the Y/J sound, like we use in the English word "young," while the second "I" has the sound of the vowel "E"!  To help make the distinction between the two sounds of "I," in the Middle Ages writers started adding a little "tail" below the line to the letter "I" - that below-the-line tail is still seen in the lowercase "j" and moves above the line for the uppercase "J." Thus the letter "J" is born! (NativLang, 2016).

So, when did "J" get officially recognized? In 1524, an Italian man named Gian Giorgio Trissino made the distinction between the soft "J" like in "jam" and the "I" sound - and he did this to clarify the phoneme for Jesus - so yes, it does come down to that name!

U and J are not alone! G, W, and Y are also on the list of the English alphabet of letters which were not there in the original Latin alphabet! This brings us back to the earlier statement of the ignorance of modern antagonists who are unaware of how alphabets evolve linguistically - and not for some nefarious motives of the Catholic Church.

Speaking of nefarious - even the Nazis got into the act! First, in German, the name "Jesus" is "Jesus!" There is no transliteration! That said, the Nazis felt they had to remove all Jewishness from Jesus - and for some, the claim was (is?) that Jesus Himself was German (or Aryan) and was persecuted and crucified by the Jews, and therefore was not one of them (Heschel, 2008).

The sign the Romans posted on Jesus' Cross, often artistically rendered by the initials in Latin, was IESVS NAZARENVS REX IVDÆORVM, Jesus (of) Nazareth, King (of the) Jews - or INRI. It is also recorded in John 19:19-20 that the sign was written in Hebrew, Greek, and Latin. 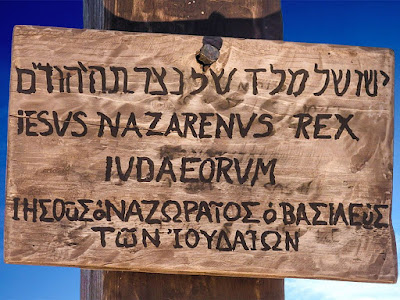 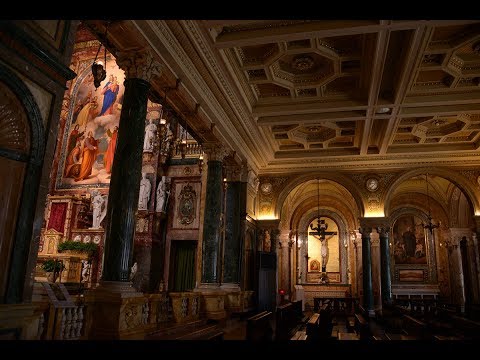