Why is Christmas celebrated on December 25th?  There are a lot of rumors, half-truths, and anti-Catholic nonsense circulated every year at this time.  One thing must be stated from the start, many of the customs, feasts, and celebrations have their roots in the not only in the 1st century Church but from the Jewish roots of the original Christians.  Many of these traditions were not formalized or universally celebrated until Christians were no longer persecuted by the Roman Empire.

Back to the original question--Why was that day, December 25th, chosen for the celebration of the Nativity of Christ?

First of all, there is little evidence that prior to the end of the persecutions that Christians had any interest in celebrating Christ's birth.  The biggest reason for this is that they were expecting Christ's return at any time; they thought that Christ would be back in their lifetimes.  As time marched on, the disciples of Christ decided to begin writing about Christ and His teachings in the event that Christ's return did not occur while they were yet living on Earth.

Modern biblical scholars believe Mark may have written his Gospel first, and there is no mention of the manner of Christ's birth nor the date of His birth.  Matthew, one of the original apostles, and Luke did include details of His birth interspersed with Old Testament prophesies concerning the awaited Messiah. They both, Matthew and Luke, added infancy narratives for the purpose of making it clear that He was the actual Son of God, not just a son of God in the sense that we all sons and daughters of God.

The only chronological evidence of Christ's birth is contained in the two Gospels which include the birth narratives say that Jesus was born during the reign of Herod the Great. So, Christ was most likely born around 6 BC on our modern calendar according to most biblical scholars.  I won't get into the mistakes of how our calendar is slightly off as far as the starting point of year one; that is a whole different post.

Ancient peoples thought that the earth was "born" or created at the vernal equinox in the Spring.  So, as the "new Adam", it was thought that Jesus was born on March 25.  However, a man named Sextus Julius Africanus put forward the idea that March 25th was the day of Christ's conception, so that December 25th would be the actual birth day.  Since Malachi called the Messiah, the "Sun of righteousness", some early Christians applied this to Christ.  So, later some of ideas surrounding the sun god in the winter would be incorporated into secular celebrations of Christmas.  The days becoming longer after the winter equinox and Christ being the "light" or the "Sun" helped make the 25th of December a popular, then later the only, celebration of Christ's birth in the West. 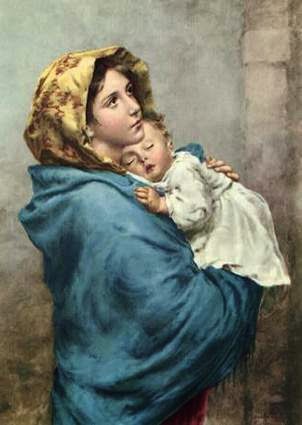 Over 16 centuries after the feast of the Nativity was fixed in Rome, rumors still circulate that December 25th was a pagan festival re-appropriated by the Catholic Church, therefore it is really a pagan holiday.  This error is a reference to Saturnalia.  While Saturnalia is in December, the date of December 25th was not chosen because of it.  As already mentioned, this date was advocated by a Churchman named Sextus Julius Africanus as the date of Christ's birth because he advocated the conception of Christ happened March 25th, the traditional date of the creation.  Saturnalia was a festival celebrated from December 17 through December 23 with all kinds of eating, drinking, gambling, and forms of debauchery.  While the Catholic Church authorities did hope that the celebration of Christmas in December would encourage Christians not to celebrate the pagan festival, it was not the primary purpose of choosing that date nor was the date chosen to take over that pagan holiday.

There is evidence that the decision to celebrate Christ's Nativity Mass (or Christmas) on December 25th happened no later than AD 335.   There is a document dating from that year that lists the dies natalis Christi on December 25th.  There is no mention on who made the decision or how it came about but it was a fixed feast and celebrated in Rome by December 25, 335.

Another error put forth about the December 25th date is that the change from the Julian calendar to the Gregorian calendar causing the loss of 10 days of the calendar, caused the celebration of Christmas to be moved from January 6th to December 25th. While it is true that the Gregorian calendar was not adopted by everyone at once, Christmas was already being celebrated on December 25th by the Western Church.  The conflict of the date of Christmas was mainly in the East, where they still celebrated Christ's birth, the visit of the magi, and the baptism of Christ on January 6th.  Some countries in the East did change to the Gregorian calendar, therefore celebrating Christmas about 10 days eartlier than their neighbors.  So, some churches in the East may have changed their date to the same day as the West for consistency and wanting to be one with the rest of the Church in the West. 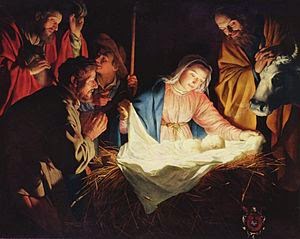 The earliest record of the celebration of Christmas in Rome is 335AD.  It was chosen because of a North African theologian's suggestion that Christ was conceived in the Spring. Another theologian asserted in 320, "We hold this day holy, not like the pagans because of the birth of the sun, but because of him who made it."  December 25th was not chosen specifically because of the pagan festival but after the fixing of the date, it was the hope of the hierarchy that Christmas would counteract the pagan festivals (Saturnalia December 17 - 23 and the January 1-6 New Year) and be a way to make families closer to Christ.

Why is Christmas celebrated on December 25? by David Bennett
In this online article, Mr. Bennett goes into the reasons why December 25th was chosen for the Nativity for Christian reasons.  He also cites Mr. Kelly's research in his article.
A Timeline of Catholic Church History: 1 -500 AD by David MacDonald.
This is a good general outline of Church history.  He references the Christmas date recorded in AD 336.
Posted by cathmom5 on December 24, 2014