Circumcision of our Lord, Solemnity of Mary, Mother of God

The Feast of the Circumcision of our Lord

and Solemnity of Mary, Mother of God


Traditionally, January 1 is the Feast of the Circumcision of our Lord - the Octave Day after the Nativity of our Lord.  The Latin Rite of the Catholic Church changed this in 1960 to the celebration of the Maternity of Mary, Mother of God.  The Solemnity of Mary, Mother of God initially was celebrated on October 11 (started in 1914).  In 1960 Pope John XXIII removed all mention of the circumcision from the antiphons and rubrics of January 1.  In 1969, Pope Paul VI reiterates the celebration of Mary but also mentions that it is a time to celebrate the Newborn Prince of Peace, listening to the song of the angels one more time (though the ChristMass Season lasts at least until January 6, with Epiphany - or even until February 2, with CandleMass - which is where the last mentioning of the Nativity is made for the liturgical year.

The lectionary of the Extraordinary Rite still celebrates the Circumcision of our Lord on January, 1.

This year January 1 is a Friday, which, being a solemnity we are not obliged to our Friday penance...  for those who still observe abstaining from meat, don't have to!  It's a "Cheeseburger Friday!" 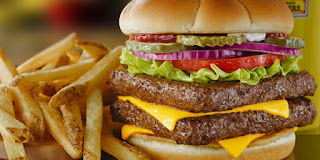