With a little prompting from my priest, I am beginning a series of responses to Moriel Ministries which has presented "Five Questions for Catholics," however the article title says the number is thirty-three and perhaps through secondary questions they reach the higher number, but the inconsistency is noted upfront. 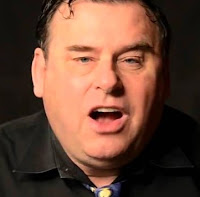 Who is this?  James Jacob Prasch (Jacob Prasch) was raised in a mixed household of Catholic and Jewish.  He states he was "forced" to attend Catholic school as a youth, but also attending the Jewish Community Center.  This left him agnostic and in college while he was attempting to use science to disprove Christianity but came to the conclusion that it took more faith to reject Jesus and the Bible than to accept it.  Subscribing to Marxism and the "hippee culture" and nearly subcombing to drugs, he hit bottom and "put his faith in Jesus."  He and Moriel (have not found more about Moriel on the site which bares his name) got together in Moriel Ministries, which Prasch is now the director.

Without further ado, let us proceed into the series of questions presented to Catholics.

The first question we come to on Moriel's homepage is "Should I believe Mary or the Vatican?"

Well, first off in the passage cited is not the Blessed Mother admitting to have sinned, but only "My spirit rejoices in God my Savior."  Did Mary need a savior?  Yes!  In the definition of the Immaculate Conception (hereafter IC) of the the Blessed Virgin Mary (found here) it says:


We declare, pronounce, and define that the doctrine which holds that the most Blessed Virgin Mary, in the first instance of her conception, by a singular grace and privilege granted by Almighty God, in view of the merits of Jesus Christ, the Savior of the human race, was preserved free from all stain of original sin, is a doctrine revealed by God and therefore to be believed firmly and constantly by all the faithful.

Note, it says she was preserved from the stain of original sin, not the penalty!  The Blessed Virgin, whom Catholics would agree with Moriel/Prasch, is the "greatest woman who ever lived," did not need to be freed from the stain of any actual sin - but from the penalty of original sin.  The Blessed Virgin therefore too needed the Savior, the Redeemer, the Messiah.  It should also be noted that in the entire document of Ineffabilis Deus, that one sentence is the only "infallible" statement.

The author of the article (whether it be Moriel or Prasch) goes on to say:

Yes, we know Eve had sin, but Scripture does not tell us that Mary had sin and again the definition of the IC only states she was preserved from the stain, not the penalty.  We also do not need to buy into the slippery slope (invalid) argument that if Mary was without sin, her mother must have been and her grandmother, etc., etc., for the Catholic teaching on the IC is that the Blessed Virgin, alone, was singled out "in the first moment of her conception, by a singular grace and privilege granted by Almighty God."  So not only is the Moriel/Prasch argument a slippery slope, it is a straw man built upon a faulty premise that the author proceeds to knock down.  If we know our Catholic Faith, we are not taken in by such invalid argumentation.

The author goes on to state and ask:


Again, this doctrine was not proclaimed until modern times, until the 20th Century. Do you believe Mary was wrong?

The definition of the IC was proclaimed in 1864, that would make it the 19th Century, which is a minor error here, but nonetheless, an error.  One would think that an author who is based in science would not make such an error and especially publish it. Am I the first to point this out to him?  It will be interesting to see if that statement changes on their website.  The timing of the actual definition is really inconsequential, and that would lead us to question Moriel/Prasch - does the Church have the authority to bind or loose such things?  The answer to that is a resounding YES!  In Matthew 16:18-19, in a singular decree our Blessed Lord bestows that authority on St. Peter, alone and then two chapters later that authority is also given to the Apostles (the Bishoprick) as a group in Matthew 18:18, but that takes us down another (however much more fundamental) path, so, for now, let us not digress.

Now, to answer the question, "Do you believe Mary was wrong?"  No, as stated earlier, the Blessed Virgin was not wrong, but the premise of the Moriel/Prasch argument is wrong which leaves them with nothing but a house of cards which has just been knocked down.

Addendum 9/27/2015:
In searching around the Moriel website I also have found out that Prasch is currently in ICU fighting an extremely bad infection.  My prayers go out to him and I pray for his recovery and that we might directly engage in discussion/debate but at this time I am not expecting a response from him.  The picture above is from the article I'm responding to, here's a better one from his Facebook page: 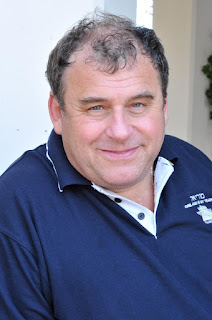