What Catholics Believe - The Blessed Trinity 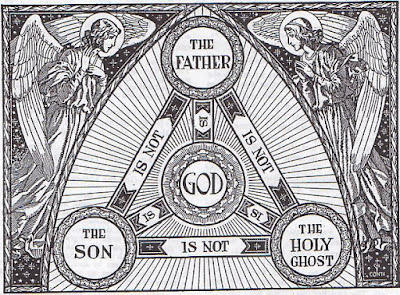 
The Council (Synod) of Toledo spells out the definition quite well, here is an excerpt:

312 [529] For, if we are asked about the single persons, we must confess that each is God. Therefore, we say that the Father is God, the Son is God, the Holy Spirit is God ' each one distinctly; yet there are not three gods, but one God. Similarly, we say that the Father is almighty, the Son is almighty, the Holy Spirit is almighty, each one distinctly; yet there are not three almighty ones, but one Almighty, as we profess one light and one principle. Hence we confess and believe that each person distinctly is fully God, and the three persons together are one God. Theirs is an undivided and equal Godhead, majesty and power, which is neither diminished in the single persons nor increased in the three. For it is not less when each person is called God separately, nor is it greater when all three persons are called one God.

The Catechism of the Catholic Church also explains "distinction" with "equality:"

The Formula "The Merciful Trinity" [D 17]

The merciful Trinity is one divine Godhead.  Consequently the Father and the Son and the Holy Ghost are one source, one substance, one virtue and one power.  We say that God the Father and God the Son and god the Holy Ghost are not three gods, but we very piously confess one God.  For although we name three persons, we publicly declare with the catholic and apostolic voice that they are one substance.  Therefore the Father and the Son and the Holy Ghost, these three are one [cf. 1 John 5:7].  Three, neither confused, nor separated, but both distinctly joined and though joined, distinct; united in substance, but differentiated in name, joined in nature, distinct in person, equal in divinity, entirely similar in majesty, united in trinity, sharers in splendor.  They are one in such a way, that we do not doubt that that they are also three; and they are three in such a way that we acknowledge that the cannot be disjoined from one another.  Therefore there is no doubt, that an insult to one is an affront to all, becase the praise of on pertains to the glory of all.

For this is the principal point of our faith according to the Gospel and the apostolic doctrine, that our Lord Jesus Christ and the Son of Godare not separated from the Father either in the acknowledgement of honor, or in the power of virtue, or in the divine nature of substance, or be an interval of time.  And therefore if anyone says that the Son of God, who just as he is truly God, so also is true man except in sin alone, did not possess something belonging to human nature or did not possess something belonging to the Godhead, he should be judged wicked and hostile to the Catholic and apostolic Church.

So the Father is God, the Son is God, and the Holy Ghost is God. And yet they are not Three Gods, but One God. So likewise the Father is Lord, the Son Lord, and the Holy Ghost Lord. And yet not Three Lords but One Lord. For, like as we are compelled by the Christian verity to acknowledge every Person by Himself to be God and Lord, so are we forbidden by the Catholic Religion to say, there be Three Gods or Three Lords. The Father is made of none, neither created, nor begotten. The Son is of the Father alone; not made, nor created, but begotten. The Holy Ghost is of the Father, and of the Son neither made, nor created, nor begotten, but proceeding.

So there is One Father, not Three Fathers; one Son, not Three Sons; One Holy Ghost, not Three Holy Ghosts. And in this Trinity none is afore or after Other, None is greater or less than Another, but the whole Three Persons are Co-eternal together, and Co-equal. So that in all things, as is aforesaid, the Unity in Trinity, and the Trinity in Unity, is to be worshipped. He therefore that will be saved, must thus think of the Trinity.

God, of the substance of the Father, begotten before the worlds; and Man, of the substance of His mother, born into the world. Perfect God and Perfect Man, of a reasonable Soul and human Flesh subsisting. Equal to the Father as touching His Godhead, and inferior to the Father as touching His Manhood. Who, although He be God and Man, yet He is not two, but One Christ. One, not by conversion of the Godhead into Flesh, but by taking of the Manhood into God. One altogether, not by confusion of substance, but by Unity of Person. For as the reasonable soul and flesh is one Man, so God and Man is one Christ. Who suffered for our salvation, descended into Hell, rose again the third day from the dead. He ascended into Heaven, He sitteth on the right hand of the Father, God Almighty, from whence he shall come to judge the quick and the dead. At whose coming all men shall rise again with their bodies, and shall give account for their own works. And they that have done good shall go into life everlasting, and they that have done evil into everlasting fire. This is the Catholic Faith, which except a man believe faithfully and firmly, he cannot be saved. 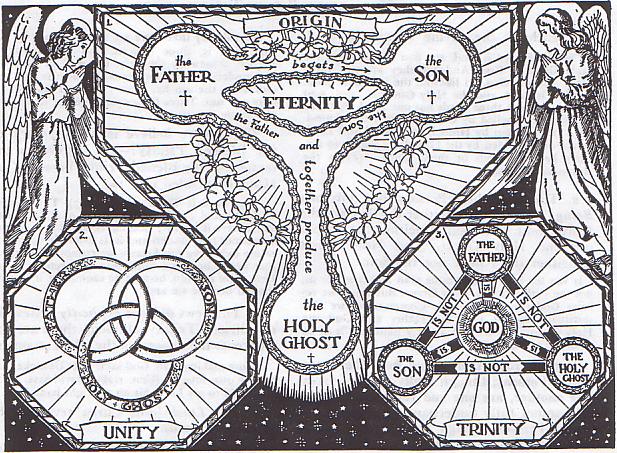 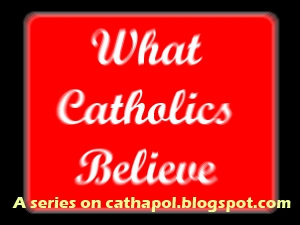